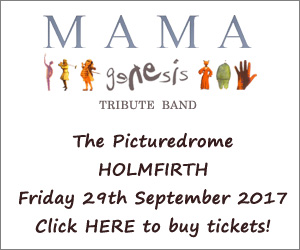 JW: Yes he suffered a life threatening injury a week before our planned shows in Holland. John was told to get himself and his family over there as soon as possible and of course that always comes before anything else. John was out there for three months and thankfully his son survived, which of course was a huge relief to us all. The venues were superb and as they were the first shows we had cancelled with them they fully understood the reasons why.

MW: So the shows have been rescheduled then?

JW: Yes we cancelled four venues in all but they all wanted us back as soon as possible. That’s not really the issue though as even if we would have had to cancel all the shows for the rest of the year we would have done so. John’s family comes first.

MW: So back to the grindstone then?

JW: Yeah (laughs). We started rehearsals a couple of weeks ago and fortunately it was like we had never had a break. That is down to the skill of the musicians in the band.

MW: And we hear that Darren is leaving at the end of the year?

JW: Yes that was a shock, but I totally understand the reasons why. He has a young family and he really doesn’t have the time to fully commit to learning new material or the rehearsal time we need. We are all gutted naturally as he is a amazing guitarist, but as I said we all understand his reasons.

MW: And you’ve already got a replacement…

JW: I thought we had (laughs). We had a chap who wanted to join and was learning the set but out of the blue I got an email saying he didn’t feel able to continue. It’s not for everyone this tribute lark you know.

MW: How so? Was he technically not good enough?

JW: Far from it. He’s a superb guitarist, but it takes a different skill set to reproduce the sounds and the notes of a Genesis song and it’s not for everyone. Again I understand that reason but it means we start the search now. Darren has agreed to stay until the end of the year so we have time. So to all the guitarists who love genesis out there… Get in touch via the website please.

MW: You mentioned new material. Are you working on new songs for the set?

JW: Yes we really need to freshen up the set to keep both Genesis fans and ourselves happy. Some songs we have played since we started and some just need a break. The Duke Suite will be shortened to just Behind The Lines, Duchess and Turn It On Again and we’re looking at changing or dropping The Cage Medley. We have a list of new songs we are looking at with a few surprises in there for people.

MW: So what about the next show? Holmfirth?

JW: Really looking forward to this venue. Been trying to get in there since the old Face Value days as both Steve Hackett and Mike and the Mechanics have played there. Ticket sales are going really well so please book online if you are thinking of attending.

MW: Thanks for your time John.

Holmfirth here we come! Next Show: The Old Courts, Wigan